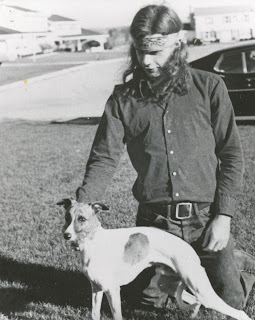 My uncle, Rick Elfner, did not have the benefits of a long life.  He got cancer in his early 20s and passed away in 1974.  I was pretty young, but I have some good memories of him.  He rode a motorcycle and had a cool, silver wrap-around helmet.  A couple years before he died, he bought a farm near portage.*  That was only about 20 minutes away from the cottage, so he would visit the lake or we would go see him there.

When my parents were moving out of Bitters Court, I found some pictures and a letter he wrote in 1972.  So I thought I would share them here for my family.  Here is a picture of us during a small plane journey we took from Green Bay, with my Dad's colleague, and pilot, Nat Lebish,  We picked up Rick and flew around the area.  Rick had a Single 8 movie camera and got some footage of his farm.

The picture above is in our front yard on Bitters Court in 1973 or so.  He had a Whippet named Justa.  He told us it was short for Just a Dog.  We had a smaller dog, and my brothers and I thought Justa was pretty cool. 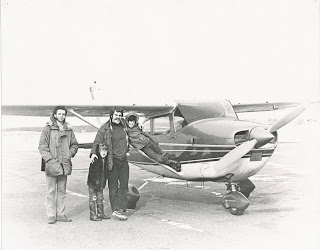 Rick, Eric & Eliot Elfner and Nat Lebish's son.
In 1972, my dad, Eliot, bought a 1972 Gran Torino station wagon for our family car and sold the old one, a 1968 or 69 Ford Fastback to Rick (the Fastback is in the background in the top picture.)  Shortly after, Rick wrote this letter to Eliot finalizing the terms of the deal and sharing some news about the farm.  That letter hung in my Dad's office ever since, and I remember reading it when I was in high school.  It was still there last month so I liberated and scanned it. 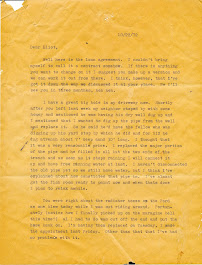 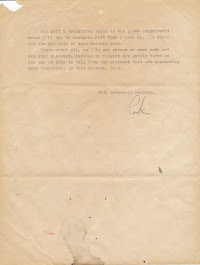 I like his signoff, 'With Brotherly Regards'.
I use that with Jon and Chris sometimes.

I don't know that much else about Uncle Rick.  It's nice to see how he talked in the letter.  I remember one time he came to the cottage in jeans.  He decided he wanted to water ski, but didn't have a swimsuit.  So he just got a scissors and cut them off then and there.  We were impressed.
The farm had a barn with big piles of hay bales and a think rope from the ceiling.  Depending on how brave you were, you could climb pretty high on the hay bales and swing across the barn.  He was a lot braver than we were!
Last story, he was building an RC model airplane on his kitchen table.  When he would finish a section, he would hang it from the ceiling right above.  Maybe off of the light or maybe there was no light.  Every time we visited, I would check it out to see the progress.  One visit it was almost done, but on the next visit, I saw that it was hanging in its place, but was completely smashed and trashed.  I asked what happened, and he told me it was on its maiden flight, but he lost sight of it over a hill and that was the end of it.  He seemed OK with it, but I was sad!

There are a few more pics of his farm in this roll of film from 1973.

Here's to you Uncle Rick.  See you on the other side!  I want a ride on the motorcycle, please!

* I saw it as soon as I typed it.  A couple years before he bought the farm, he bought a farm....

Yesterday, my buddy, Phil, sent me a link on facebook to a Sha Na Na concert at the Brown County Arena that happened 30 years ago in 1981.  He wondered if that might possibly be the show we saw with my parents.  That was an eventful night where lots of things happened, but it didn't feel like 1981 (8th grade) to me. 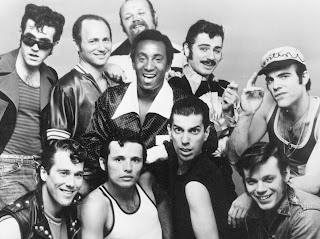 I did some research and found this website listing all concerts at the BCA.  It is not complete, but it did find an August 12, 1979 show - Sha Na Na and The Shirelles.  Phil and I would have known who Sha Na Na was - they had a TV show and were the band in the Grease film, but I'm pretty sure we weren't familiar with The Shirelles.

Here are the stories that make me think we saw the 1979 show.

I wasn't sure how Phil and I ended up going.  I have a vague memory that we met some of my parents friends there, so I thought maybe we tagged along on a couples night.  My Mom tells me that I wanted to go to the show with a friend, and they weren't comfortable with us going alone, so they came along.  She confirms we did meet some of their friends who were sitting nearby. 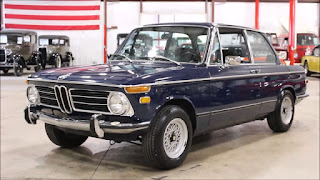 The four of us drove their together in my Dad's 1973 BMW 2002 (clue number 1, he traded that in for the 1980 Avanti) very much like this one.  It was a tiny car, and he was able to fit it into a tiny parallel parking spot right in front of the Arena.  I remember he was quite proud of that parking job, but someone took umbrage with how close he parked to them and kicked a dent in the door.  Mean streets of Green Bay in the 70s!

Honestly, I don't really remember the show.  I was getting to the end of a phase where I really liked the idea of the 50s.  Happy Days, Grease - who didn't want to be Fonzie or Danny Zuko.  By 8th grade I was starting to figure out my own musical tastes (definitely influenced by Steven La and his brother and sister.)  Summer between 6th and 7th grade, I may have still been interested in 50s culture, but I slammed the door on that pretty hard shortly after. 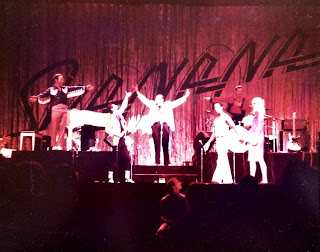 The other story is that we had really good seats.  Second or third row.  During the Sha Na Na set, they had a dance contest, and three of the band picked out three cute girls from the audience to be their dance partners, and Denny picked my Mom, Bonnie.  They danced to one song and big Lenny announced the winner.  My Dad must have had his camera because he got this shot.  Lenny is announcing the winner and the prize...a dream dance with Lenny!

I suspect Denny was the best dancer in the band and could get the most out of his dance partners.  He probably won the contest most nights.  A sad side note is that he died in 2015.  It sounds like he had an interesting career outside of music.  He graduated from Yale Law School and taught entertainment law at as a Professor at the University of Dayton Law School (all this is from wikipedia.)

Another memory that makes me think it was the 1979 show is that I have an image in my minds eye of getting out of the car that night.  The arena loomed close by, it was a nice night, but it felt like summer was waning and there was a very nice sunset off toward Lambeau.  I had to double check that Lambeau is west of where the arena was, and it is.  If that memory is accurate, it feels like August.

Phil, thanks for the question generating the second essay on the replacement for my elfners.com website.  I am glad we have this memory from early in our friendship.  My respect for Sha Na Na increased in high school when I learned they played at Woodstock.  As a kid, I just focused on the new songs from Grease - Summer Nights, One That I Want, but I have revisited that soundtrack and really enjoyed what Sha Na Na was playing at the dance.  One of the numbers, 'Those Magic Changes' was in the original broadway Grease.  It is playing in the background under dialog, but John Travolta sings along for a bit.  He did a lot of Grease on Broadway.

This is the list I found.  It's good, but it is not quite complete.  The 1981 show Phil mentioned is not listed.  I'm sure I went to a George Thorogood show there in the late 80s this isn't there either.  Elvis played BCA in April 1977.  I did remember that he played there shortly before his death.  That Elvis show did not get a good review as you might imagine.
https://943jackfm.com/2019/05/01/list-every-concert-ever-at-the-brown-county-arena/

Note:  On the new blog sites, I am trying to limit PII to first names, but I guess I just aged us too by saying what grades we were in.  This is hard! 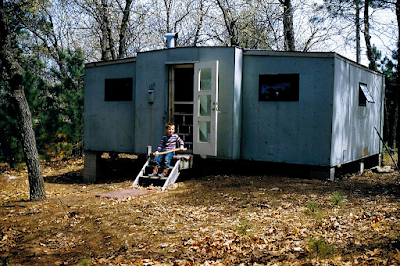